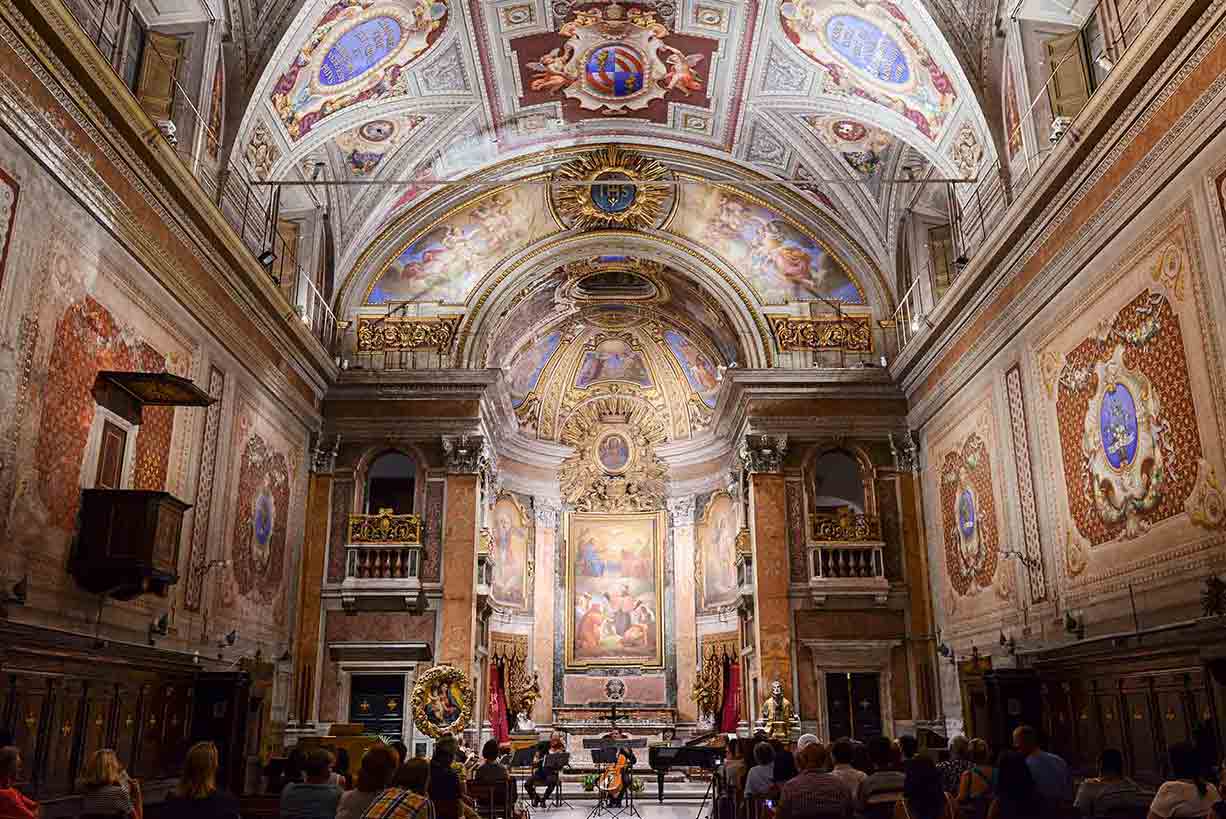 Autumn is the theatre season par excellence. The historical concert halls of the Italian capital city raise their curtains to welcome in the new classical music and opera concert programme 2022/2023 in Rome. The absolute novelty in this year’s Opera e Lirica season is the introduction of the Baroque music concert “The Four Seasons” by Vivaldi, on stage not only on Thursdays, but also on Saturdays. The historical venue of the Caravita Oratory has been confirmed. It is a wonderful concert hall dating back to 1631, with acoustics reaching a level of perfection thanks to the splendid fresco vaults of the Baroque epoch. Save the date: Vivaldi’s Four Season will be on stage every Thursday and Saturday at 8:30 PM, in via del Caravita 7, Rome. The ticket price starts from €20.00, reduced to €15.00 for under-18 and students.

A new schedule for The Four Seasons by Vivaldi in Rome

Following the indisputable success of Vivaldi’s “The Four Seasons” concert in Rome, which was sold out on most of last year’s dates, there was great demand for performances on Saturdays for the 2022/2023 Rome Concert Season. Tickets are now on sale. The new performances will allow tourists who are just visiting Rome for a weekend to appreciate the extraordinary ability of the first violin Elvin Dhimitri and the other instrumentalists who are part of the Opera e Lirica ensemble, with string quintet and harpsichord – The authentic instruments of Baroque music.

Concerts in Rome on Saturdays with Opera e Lirica

For those who are wondering what to do in Rome on Saturdays in autumn, Opera e Lirica offers a new wonderful entertainment opportunity: listening to the famous Vivaldi’s Four Seasons concerto in an authentic Baroque concert hall, at the Caravita Oratory, in the heart of the historical city centre of Rome (a few steps away from Piazza Venezia). A cultural programme that will enchant experts and newcomers. An unmissable occasion for those who are in Rome for a weekend stay, but also for those who have always lived in Rome and want to discover more of its wonders. In short, for anyone who wants to enjoy the historical city centre by night and wants to know what to do in Rome on a Saturday, Vivaldi’ concerto will undoubtedly make the audience stand in awe in the 2022/2023 concert season by Opera e Lirica.